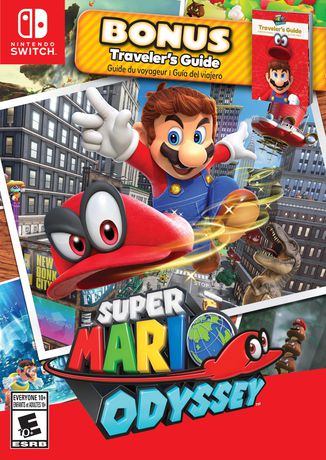 Join Mario and his ally Cappy on a globe-trotting 3D adventure to explore incredible places far from the Mushroom Kingdom in Super Mario Odyssey with Traveler's Guide for Nintendo Switch. Thanks to heroic, hat-shaped Cappy, Mario has moves that'll make you rethink his traditional run-and-jump gameplay — like cap jump, cap throw and capture! Use these capture and control abilities for objects, animals and enemies to collect Power Moons so you can power up the Odyssey airship and save Princess Peach from Bowser's wedding plans....read more